Stranger Things has given me one too many obsessions; top two of them being- gaming arcades and makeup-inspo.

When it comes to gaming arcades, the video game nerds would die to try their hand at Dragon’s Lair or other old-school game. Thankfully, after hearing our prayers, God (or rather the faithful brands. Amen.) has brought the ‘80s-inspired gaming centres back to life.

These luxury brands have come up with gaming pop-ups at the time of their new launches, just like the ones seen in Stranger Things. Thus, giving us a chance to be a playa and shop… till you drop.

Chanel had installed a gaming pop-up, Coco game centre, at their beauty shop in Tokyo. The place had a retro Pong game, with joysticks replaced by liquid lippies.

If retro Pong isn’t your thing, they also had crane machines and other games that give you a chance to win Chanel’s cosmetics. 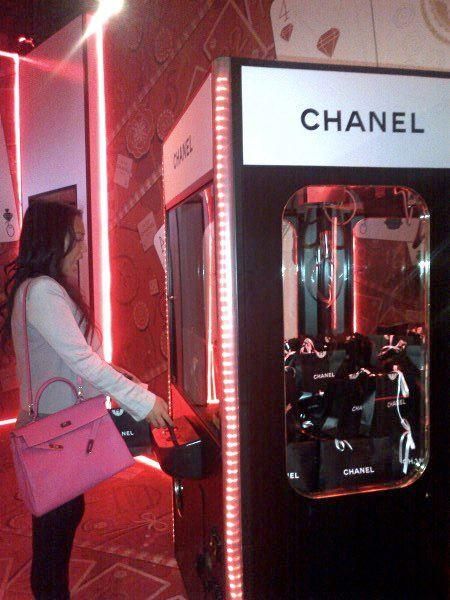 Other than launching blotting papers that also double as your joint fix, Milk Makeup is doing some pretty cool things. Recently, at the unveiling of their Kush Mascara, they made sure the reviewers were kept happy as they handed out cosmetics at the crane-grab game.

They know just how to keep ‘em folks pleased.

When was the last time you ignored the catcallers? Was it just yesterday? At the launch of Julep’s Cushion Complexion concealer, the cosmetic brand showed us how to fight these troublemakers. However, it was in the video game world.

If only, this happened in real life. Sigh.

It is safe to say that, Fendi is the new synonymous with ‘cool’. If celebs flaunting their logo weren’t enough, the brand, too, had retro-inspired Pac-Man installed at Harrods.

I will be fixing our makeup while breaking Mad Max’s record.